1. You have been active since 2010, in this period of time you have maintained a fairly high activity, but what led you to create Grá? And what does the name of Grá mean?

That's right, we celebrate 13 years as a band in 2023. Grá was a side project for me and Dimman, as we were working on the Cursed 13 album Triumf. Grá means grey in a mockup of the Swedish “Grå” and the Icelandic “Grár”.

2. Fourth studio album, within a career where, in general terms, your releases have received good reviews, what does this fourth album mean for the band? After more than ten years of experience, do you still feel that you have things to say and new sounds to describe?

I think this is something that is different for every band, regarding chemistry and inspiration. We definitely have a lot more to say and do, even after our new album Lycaon. Me and Dimman are already in cahoots with ideas for whatever comes next. But knowing how long it takes for us to create an album, I'd guess that it will develop and evolve during the coming years.

3. Over the years you have somehow remained faithful to your sound, but at the same time you have managed to introduce a certain degree of evolution into your proposal. How has the process of writing and recording this new album been? What brands of instruments have you used in the whole process? What main changes have you introduced in the sound of this new album?

I think evolution is crucial, if we would write the same album over and over I don't think we would survive as a band. To push limits and explore is what has always been the driving force for me as a musician and I know that my band mates agree on this. 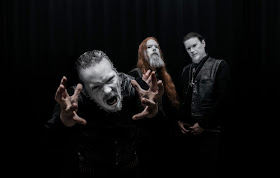 4. I previously commented that your sound is recognizable at the same time that you always manage to surprise with new elements, this “Lycaon” maintains a classic black sound approach on the one hand, but it does not renounce the melodies and certain death influences, both in the voices as in the music, how would you describe the sound of the album for those who haven't heard it yet? where have you looked for the inspiration to carry out the sound of the album?

Actually I would say that there are a lot of 80-s rock and metal influences on Lycaon. There are lots of Iron Maiden winks in there for example, just listen to the basslines or the twin guitar parts. Judas Priest, Accept, AC/DC, Raven, Megadeth, Metallica, Thin Lizzy, Seputura, Slayer, Dio, Black Sabbath and so on. The list is eternal. Rather than seeking inspiration in music that already sounds like what we are playing, we have taken a step back to dig a bit deeper into those who walked before us. This in combination with the Grá sound and how we write music made Lycaon what it is.

5. You have included in this new album the version of Bathory's song “Chariots of Fire”, why did you choose this song and what meaning does the figure of a band like Bathory have for you?

To us, Bathory marks the origin of black metal as we know it. It's ground zero, no matter how you turn it. We've done covers before so it wasn't a big step to take. And to include it on Lycaon felt just right, as a tribute but also a chance for our fans to discover Bathory. And as I listen to Lycaon, I think it fits perfect there and brings a great dynamic to the album.

6. In the past you have composed albums with a conceptual story, what can you tell us about the lyrics of your latest album “Lycaon”? Have you adapted the lyrics to the music or vice versa?

No, Lycaon is not a conceptual album, all songs tell their own stories, just like the songs on Väsen did. I think the lyrics are a bit more concrete than ususal though. Less abstract and more dealing with graspable subjects. You have the title track that has a focus on werewolf mythology, White City Devil is our first serial killer song ever, Brännmärkt cover Cold War themes and so on. 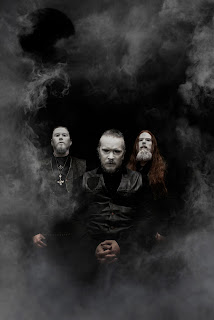 7. This new album has been mixed by Terry Nikas and mastered by George Nerantzis in Greece. Why this change of direction when looking outside the band for someone to take care of the entire sound engineering process? Do you think the more classical and atmospheric approach of the new album has been achieved thanks to the work of Terry and George?

We wanted Lycaon to move us in a new direction and by me mixing and mastering again, the step would not be clear enough and I would for sure have been tempted to add layer upon layer again. Lycaon is very peeled off and organic, you have drums, two guitars, bass and vocals. Keyboards are for song intros instead of inside and wrapped around the songs. I think Lycaon is much more riff oriented and for that it deserved a different soundscape, that I can not do myself. I worked with Terry and George before, for my solo single Transcending into a God so we knew what they could do for us. And I think they did a perfect job.

8. Felipe Ignacio has been in charge of the design of the album cover, a cover that in some way moves away from any convention, how does this cover fit with the theme of the album and why did you decide to work with Felipe?

Actually, if you look close at the Väsen cover art, in the top right corner, you'll see the Lycaon cover in the distance. Felipe Ignacio is a young artist from Chile, I got to know him when spending time in Santiago and liked his style. I like to bring artists out of their comfort zones a bit, that's when they perform miracles and outdo themselves. We used Roberto Toderico for the Flame of Hephaestus single cover, he's an old school guy which makes the combination interesting. We gave them the exact same mission, with the same references and they came up with two completely different, yet fantastic looking, pieces of art!

9. This will be the first album released by you with Avantgarde Music. At what point did you make the decision to work with them to move forward with the release of "Lycaon"? What did you value most when changing record labels with compared to the previous ones?

First of all I have to say that we really love Carnal Records, we had a great cooperation with them and we are good friends in private too. When we were approached by Avantgarde we carefully weighed pros and cons and as we came to get to know Roberto a ibt better, he gained our trust and we were able to make an agreement that is great for all parts involved. The good thing about having a label that is not in your own country is quite obvious as you also reach a different market and Avantgarde has a bigger distribution network, all in all, than Carnal Records. We like both labels very much and in the end we must do what we believe is the best business decision for Grá in the long run. We are working with Carnal Records on a re-issue of Väsen for example so our cooperation is not over.

10. Throughout these years as a band, how do you think the black metal scene has evolved in a country like Sweden? How is the extreme scene in a city like Stockholm today compared to a few years ago?

I think the Stockholm scene is very much alive. Lots of underground concerts and bands releasing albums. I have honestly not spent so much time in Stockholm the last years so I am perhaps not the best person to answer this question though.

11. The release of “Lycaon” is imminent. How have you considered the live presentation of the album? Do you already have a tour prepared for this year?

We will of course bring Lycaon on stage! Right now I am in a very busy period with Dark Funeral, lots of big tours going on, but our aim is to bring Grá on stage as much as we can. Interested booking agents and promoters should get in touch. 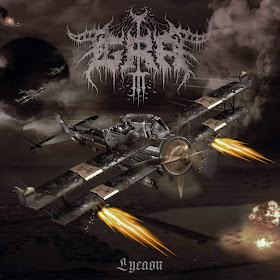 12. How were your beginnings in music: first concerts you attended, first albums you bought? What event in your lives pushed you to want to be musicians?

I come from the very north of Sweden so as you can imagine, in the era before the internet there wasn't much to see or do except being out in nature basically. I had a cousin who was into the tape trading thing though and he introduced me to the Swedish death metal scene and the overall rising Scandinavian black metal scene early on. We didn't have concerts so we watched whatever third hand VHS copies we could find from bootleg tape traders or mail order music stores. MTV was also quite important back then. My parents bought me an acoustic guitar in '92 I think and that's one of the points when I started to grow an interest in playing music myself. My first ever CD was the soundtrack to Last Action Hero, my first vinyl was Hurriganes Stranded in the Jungle. My first black metal album was Varathron His Majesty at the Swamp.

13. What album represents for you the essence of black metal? What last albums have you bought?

Whichever of the four first Bathory albums, they are essential to all black metal. I recently bought the latest Abigor album, together with Thin Lizzy Renegade and Hades Almighty Millennium Nocturne. I will buy the new Tulus album as soon as it's out. Waiting for the new Obituary as well.

14. Thank you very much for taking the time to answer these questions for Black Metal Spirit, if you want to add something for the fans of Grá this is the place. I hope the questions are to your liking.

Thank you for reading this far, I hope you give Lycaon a good listen and I hope to meet you all out on the road.

/Heljarmadr on behalf of Grá 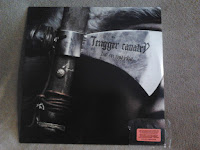 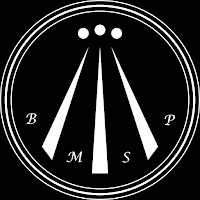